Lyall Gillespie will be added to the ACT Honour Walk 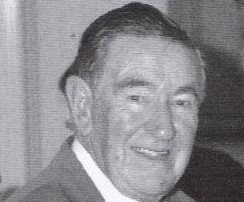 Lyall L. Gillespie ISO OAM (1919-2006) will be added to the ACT Honour Walk as a result of a nomination by the Hall School Museum and Heritage Centre. Lyall's collection of historic records and artefacts was donated to the Hall School Museum and Heritage Centre in 2015, enabling it to continue as a valuable resource for the community. The ACT Honour Walk recognises individuals or groups from across all categories of endeavour that have made significant and sustained past contributions to the ACT.

Lyall was a dedicated contributor to the administration and development of Canberra, known for strong financial responsibility, but also contributed to the community's understanding and appreciation of its history.

Lyall's historic works continue to enrich the life of residents and visitors by helping them to appreciate what an interesting place Canberra is. He was elected a fellow of the Federation of Australian Historical
Societies in 1999. Lyall meticulously maintained his collection of historic records and artefacts as a valuable resource for the community.