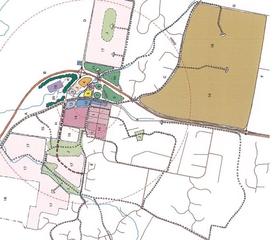 To address the current growth pressures and to meet the future growth requirements, the Yass Valley Council is undertaking a review of the 'Towns & Villages Study' and the development of a new settlement strategy for the local government area.

Yass Valley Council prepared a 'Towns & Villages Study' in 2010 as the basis for a new Local Environmental Plan (LEP). The purpose of the study was to set out the growth plan for Yass Valley and its alignment with the Sydney Canberra Corridor Strategy.

Since the preparation of the study the new LEP has been gazetted (2013), the Parkwood Planning Proposal (which was not identified in the study) has received gateway approval (2014) and the Rural Planning Proposal is awaiting Ministerial sign off (2015).

Several inquiries regarding further major land releases have also been received for properties in the Murrumbateman, Manton, Yass Plains and Sutton areas. In addition Council has also determined to review its own land assets in Murrumbateman and Yass for development.

The Department of Planning & Environment is currently preparing a Regional Plan for growth in the South East and Tablelands area around the ACT. It is understood a review of growth and land releases for the ACT is also being undertaken.

As part of the Department's work Yass Valley has been identified as part of the 'Greater Capital' sub-region with the following planning issues and challenges:

Yass Valley Council is now seeking a consultant to report on the following matters:

To review the population projections for Yass Valley

To examine public investment commitments in infrastructure to support growth, any shortfalls and options to fund

To identify locations for directing the projected growth

To identify the priorities for land release areas and infrastructure

Enquiries about this brief can be directed to: