'Party at the Shop'! 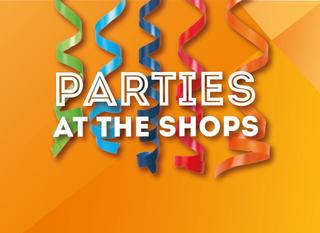 On Tuesday 12 March, Hall will host a street party as part of an ACT Centenary celebration - 'Parties at the Shops'.

It is with great pleasure the shops of Hall invite residents to a street party, kicking off at 5pm. Featuring music by West Texas Crede, pizzas by Jacko's Pizza Truck, artwork by Michael Le Grande and the 'Man of Steel' Lee Tunks, the party will celebrate and promote what's special about the village.

Hall has an important place in the history of the Australian Capital Territory. Proclaimed in 1882, Hall has watched Canberra grow as a city and as the national capital. Hall's many distinct facets form an essential part of Canberra's psyche. From the Hall markets which are a key feature on Canberra's monthly calendar, the Hall Brass Band which is recognised around the country, and many of Canberra's artists that call Hall their home.

Canberra's suburban shops are at the centre of their communities and are a unique part of the city's landscape. Each has its own personality, local characters, community groups and artists.

'Parties at the Shops' provides a unique opportunity for local communities to celebrate in their own creative ways with a collection of events being held around Canberra's suburbs.

March 11th, Canberra's 100th birthday, lies in the middle of the National Sheepdog Trials, one of the highlights of Hall's annual events calendar. The National Sheepdog Trials are celebrating their 60th anniversary this year, and we look forward to welcoming all of the participants to our 'Parties at the Shops' event. Mr Jim Rochford, Hall's own centenarian, will cut a birthday cake, and Hall's many clubs and associations will be on hand to assist in the celebrations.