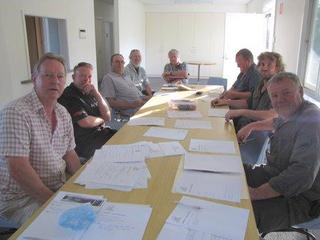 Ten members were signed up at the inaugural meeting of the Hall and District Collectors Club on Thursday 24 February 2011.

The Club's Objectives are:
To actively promote and encourage the restoration, preservation and display of early machinery, equipment and collectables.

The new committee consists of: