ACT Police Seeking Information on Fire in Hall by the Showground 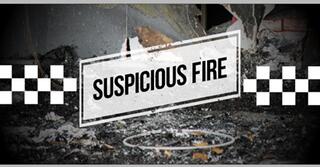 ACT Policing is calling for witnesses and dash-cam footage regarding a suspicious fire in Hall on Tuesday 18 August 2020. About 7am, ACT Fire & Rescue attended the Hall Showground and extinguished a small structure fire.

Following analysis of the scene, police suspect the fire may have been deliberately lit.

ACT Policing is investigating the circumstances surrounding the matter and has called for anyone with dash-cam footage from Gladstone or Victoria Streets between 5am and 7am on Tuesday 18 August 2020 to contact police on 131 444.

Police are also asking anyone who may have witnessed suspicious activity in Hall between Monday evening and Tuesday morning to contact Crime Stoppers on 1800 333 000 or via the Crime Stoppers ACT website.