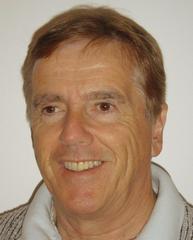 The new Local Environment Plan (LEP) has finally become legal. You can find a copy on the Council's website. This won't be a static thing. It can be amended through planning proposals, and areas that are highlighted in the LEP for "future investigation" will of course have an easier time, because the future investigation areas are already part of council's longer term strategy.

Cross-border Breast Screening and other issues

The paragraph in my last report touched a nerve or two. It came to my attention that women of Wallaroo who had previously been going to clinics in Canberra for breast scanning, were now being required to "go to NSW" – either at Queanbeyan or Yass.
As I said, my colleague, Councillor Jones who is active in the health area, has led the charge to get the situation corrected at least for the breast screening procedures. She is making some progress through the Cross-Border Commissioner – so hopefully we will have a happy outcome on that one. Councillor Jones has been away so I have yet to catch up on progress but will keep you informed.

I also mentioned that, for years I have argued against the discrimination in high school places. Many of our high-school students go to ACT high schools for all the obvious reasons – but have no placement rights. When their younger siblings are ready to attend high school, no preference is afforded the family, and siblings are often split up across different schools because they are "out of area" NSW students. Again, students from Sutton, Gundaroo, Wallarooo and Murrumbateman go to ACT schools to be nearer to their parents' places of work..
I asked the General Manager to write to the Chief Minister of the ACT about this. The reply was that the policy is that children who are "in a catchment area" for a Canberra school get preference, then out of area ACT resident children, then NSW children. It was potentially a budget issue.

I pointed out that for many of these families in NSW, the only tax they don't pay in the ACT is rates. Otherwise they work, play, shop, eat-out etc in the ACT and all relevant taxes are paid there including payroll and GST.

I also pointed out that Australian Constitution specifically prohibits one state from discriminating against a resident of another state simply because that's where they are domicile.
This time Council's request for clarification has been forwarded from the Chief Minister to the ACT Department of Education. Again I'll keep you posted.

There are a couple of instances (Murrumbateman and Sutton) where junior sports clubs are on the rise and want to have their own suitable training and playing ovals. Council has allocated funding to the Murrumbateman oval, which has had pony club on it for years and the playing surface badly needs upgrading – and an alternate site for the pony club needs to be established. It's all happening and will be good. More than anything I think, children's sport helps build a sense of community.

I remember some good friendships made on the freezing cold playing fields of Canberra when our daughter was playing Saturday morning field hockey – and how good tasted the cup of coffee afterwards. It would be great to see junior soccer played at Murrumbateman and Sutton and even perhaps a local derby match. The Sutton Oval also needs upgrading, but the pony club has always had its own area on Bob Collis Reserve, so Sutton shouldn't require much more than top dressing. Hopefully the Sutton oval can be upgraded without too much trouble,

What can you do? An applicant submitted a planning proposal to build up to 9 units on his very large block of land, already containing an old homestead, in Yass town. It is a development that generated many, many objections from neighbours and the public.
The proposed development is mostly compliant – which means it follows the rules set out in NSW and Council's regulations – the LEP (old and new) and the multi-unit Development Control Plan – with a couple of minor variations.
The objections were largely about the heritage issues, the streetscape issues, but the property in question and it's neighbour had not been listed on the heritage register in the new LEP!
Councillors moved to reduce the number of units to be built by two but the applicant refused to agree to this request.
The dilemma is this: one of Council's responsibilities is to provide planning certainty for all residents, ratepayers and developers – viz, here are the rules; if you comply with them, your development will be approved. So anyone can be sure that their investments in land, architects, designers, surveyors etc – will not get knocked back for no good reason. If Council do refuse such a proposal, the applicant may appeal to a higher authority –the Land and Environment Court – who take a dim view of Councils' rejection of compliant proposals, and may even award the applicants' costs against the Council, and we are talking substantial amounts of ratepayers (your) money - more than $100k.
One the other hand, Councillors are elected by the residents to represent their majority interests.
This particular application will hopefully come back for the third time to the next Council meeting following