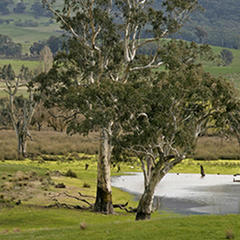 A Wallaroo & Spring Range Residents Group has been established under the umbrella of the Village of Hall and District Progress Association. A second meeting of interested people on October 6th appointed a Coordinator Val Wiseman and a Secretary Leonie Crompton. All residents in the broad Wallaroo and Spring Range district are warmly invited to join the Progress Association and become a member of this new group.

Prompted initially by planning and development concerns in the district the latest meeting identified a range of issues and concerns that the group might address in the future – the problems over the '2618' postcode area mail deliveries, a mobile library service private harvestable water rights, and police call-outs. Other issues such as the closure of the Hall school and the prospect of a community bank in Hall also impact on 'district' residents.

It is intended to get more coverage of 'district' issues on the community website – hall.act.au – and in the 'Rural Fringe'.

In warmly welcoming this development, Progress Association President Alastair Crombie, observed that the Association was established before there was a border separating us and it has always tried with varying degrees of success to respond to the needs and interest of the 'district' as well as the 'villagers'.