Yass Valley Council Approves DA for 42,000 cubic metres of construction fill to be dumped in Wallaroo. 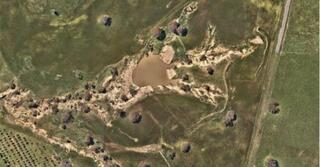 At its meeting on 1 December, 3 days before the local government elections, Yass Valley Council approved a Development Application for development consent for 42,000 cubic metres of construction fill to be dumped in Wallaroo.

Although the Council is currently in 'caretaker' mode with local government elections in the coming days, the Development Application was recommended for approval to the Council by Council staff.

Many Wallaroo residents have made submissions to the Yass Valley Council on the Development Application and consider their concerns have been ignored by Council staff.

Concerns raised by residents are:

1. If Councillors approve this DA, Council will have breached its obligations under the Yass Valley Local Environmental Plan 2013 in relation to Terrestrial Biodiversity.
2. Council has ignored, and failed to apply, its own Filling Policy in terms of minimum information required to support the DA and classification of the works.
3. It is proposed that critical tests, engineering drawings, volume calculations and amendments to plans be deferred, via conditions, to after approval of the development application. Many of these changes/further investigations have the potential to fundamentally alter the nature of the proposal, and the assessments already undertaken. This leaves Councillors with insufficient certainty of exactly what they are being asked to approve.
4. Council has consistently sought to understate the implications of the development. This ranges from using higher 'assumed' payloads (33t) rather than those provided by the applicant (22.5t) in order to reduce truck numbers; through to selectively using inappropriate data to minimise the increased traffic numbers compared to existing levels.
5. Council has largely ignored the concerns raised, and guidance provided, in the report issued by international erosion control expert Andrew Macleod. On those occasions where Council did engage with an issue raised, the concerns have simply been brushed off as able to be addressed in conditions. However they either never appeared in the conditions or have made so broad as to be meaningless.
6. Council has consistently applied less stringent conditions than were proposed by the applicant or have been applied in the past, even for 'less risky' smaller developments.
7. Council has sought to rely on its earlier approval of the neighbouring development at 66 Brooklands Road to justify approval of this project. Mr Macleod's concerns apply equally to the 66 Brooklands development. Even if it was rightfully approved, that development was only 19% the size of this proposal, so only brings a fraction of the impacts - it does not provide justification for this one.
8. The Financial Implications section of the Council report makes no reference to the $450,000 (their own calculations) to $573,000 of road damage that the filling activity will cause, or how this will be accounted for in the Operational Plan. It fails to consider the public 'disbenefit' of only recovering a $6,950 fee from the developer for road maintenance.
9. Council has relied on individual acoustic metrics, which are inappropriate to quiet rural settings, to wrongfully determine that amenity is not impacted. This is contrary to the Land and Environment Court (LEC) judgement in Gloucester and forgets that amenity is more than just noise. The Council and applicant's noise assessments also fail to consider the principles set out in the NSW Noise Guide for Local Government. Council's noise consultant stipulated construction work (not just traffic movements) was only to be undertaken between the hours of 9am – 4pm Mon-Fri. This is not in the draft conditions.
10. Council has failed to consider the unnecessary environmental/climate change/Greenhouse Gas Emissions impact of 5,600 vehicle trips, and 400+ days of earthmoving.
11. Recent case law in the Land and Environment Court says a development should be rejected where "the negative impacts of the Project, including the planning impacts on the existing, approved and likely preferred land uses, the visual impacts, the amenity impacts of noise and dust that cause social impacts, other social impacts, and climate change impacts, outweigh the economic and other public benefits of the Project."
12. The only economic benefits of the project will flow to the landholder. The public benefit of improved water quality and controlled erosion can be achieved without use of fill, and likely without need for a DA. The negative benefits, in terms of impacts on surrounding existing and future businesses; the visual impacts of extensive heavy vehicle movements; the amenity impacts of combined road and construction noise; the social impacts resulting from safety fears travelling the transport routes; the climate change impacts from 400+ days of unnecessary earthmoving and 5,600 truck movements, result in the negative impacts of this proposal far outweighing the positive benefits. It must be refused.