A community Bank for Hall? 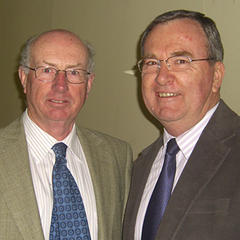 A well attended meeting in the Hall Pavilion on Monday night 4 August heard a great presentation from Ray Chappell of Bendigo Bank about the potential opportunities for the Village and environs from the establishment of a Community Bank in Hall.

Mr Chappell said that there were many communities, both large and small, around Australia now being successfully served by their own Community Bank. The communities such as Boorowa already own their own business, with full banking services provided by Bendigo Bank Limited under a franchise agreement.

Not only do such communities have the convenience of full-service banking facilities but many now enjoy substantial community income from their share of the profits generated by their local branch. The community decides how these profits are allocated.

Having a local bank is a considerable boost to the community both in convenience to residents and businesses and the revitalization of the town or village core.

There are already 218 Community Bank branches operating under this now well-tested and unique model.

The meeting was the first phase in a four-stage evaluation. The first decision is whether we have the courage, commitment and passion to go forward with the idea. The decision was "yes" with many offers of assistance. Some 14 people will now take the project forward to the evaluation stage – and hopefully then will move to feasibility and then establishment.

Full details of contacts and progress will be posted on this web site along with access to a form which enables – indeed invites – all residents within the district to become involved. The form is titled Hall Community Bank - expressions of interest.

Photo: Peter O'Clery from Hall and Ray Chappell from the Bendigo Bank.

Jim Rochford - Ninety five not out »