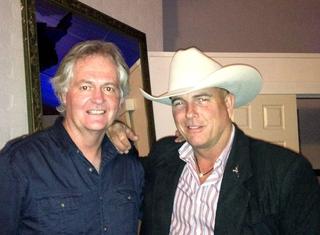 "I don't know who the guy on the right is, but the other fella is Hugh Watson from Hall band West Texas Crude"...

Local Hall band West Texas Crude joined with country music legend James Blundell, Brewn', Leanne Castely and Col Finley to open the Canberra Country Blues and Roots Festival at the Abbey on Friday 15th November. The Festival continued over the weekend at the Polo Fields with a wide range of artists from Canberra and interstate.